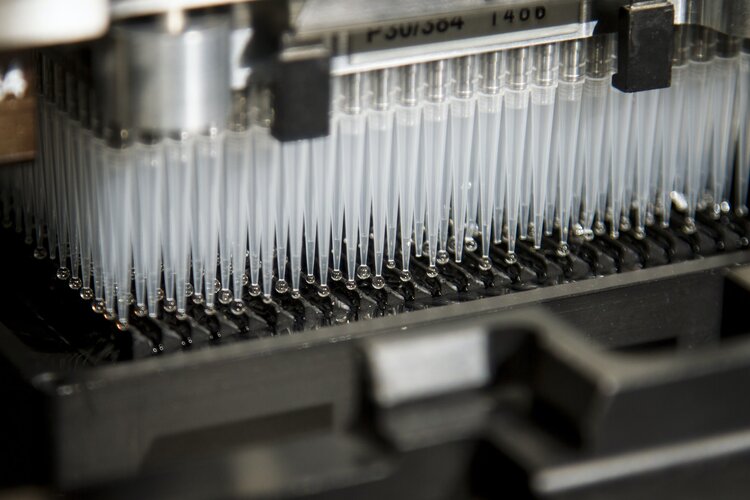 With this FDA marketing authorization, Helix joins well-known DTC genetic testing companies 23andMe and Ancestry.com, who hold the prior FDA authorizations (see a list in our December 2020 post).

Monumentally, it is the first-ever FDA authorization for a broad, DNA sequencing device that is intended for DTC use.

Helix applied for their two FDA authorizations simultaneously, but separately, streamlining both applications and with future test development in mind. Here’s how.

In the US, the marketing of most DTC genetic tests is regulated by the FDA. If the test is the first-of-its-kind, it is reviewed through the de novo premarket review pathway. If a similar genetic test already exists, applicants submit a 510(k) to demonstrate that their device is substantially equivalent to a previously approved device. Exceptions include carrier screening tests, low risk general wellness tests, and ancestry tests

The Helix Laboratory Platform (HLP) was submitted as a data generation tool only, with no clinical or interpretation component.  It will only be offered to consumers when paired with a data interpretation tool that has received its own approval. As the first genetic testing device to be considered for FDA authorization in this way (data generation only), the HLP was submitted as a De Novo Classification Request. This prompted the development of a new regulation – a Whole Exome Sequencing Constituent Device (21 CFR 866.6000).

The submission focused on the accuracy and reproducibility of the genetic data that was generated. FDA marketing authorization for the HLP was granted in December 2020 (DEN190035).

There is no one gene that directly causes late-onset (>65 years of age) Alzheimer’s disease, however the high-risk variant (e4) in the APOE gene is a known risk-factor for the disease. Age, family history, other genetic factors, and lifestyle also impact our risk for the condition.

Using the 510(k) submission process, Helix applied for approval to market the Helix Genetic Health Risk App (HRA) for Late-onset Alzheimer’s Disease. They followed the 23andMe predicate under regulation 21 CFR 866.5950 – Genetic Health Risk Assessment System. The HRA serves as a data interpretation tool to be used only with the HLP. The test looks at three common variants in the APOE gene (e2, e3, e4) and reports on a person’s risk (increased or decreased) of developing late-onset Alzheimer’s based on the findings.

With these authorizations, Helix and their partners will be able to develop future tests (such as for cancer or cardiac conditions) that when paired with the HLP are poised to obtain FDA clearance more efficiently.

FDA authorization of a WES platform is ground-breaking for the genomics field; it represents another step forward in increasing access to genetic health information and raises the importance of work to ensure that test results are communicated effectively to consumers and healthcare providers alike.

Want to know more about user or label comprehension studies? They’re kind of our thing. Whether you’re preparing for an FDA user experience study or simply want to make consumer-driven and meaningful improvements to your content, we’ve got you covered with our iterative user comprehension process. To schedule a consultation with SoundRocket’s FDA genetic test experts, contact us here!